History of the AFA

This Game is Going into Sudden Death
"It’s a great day, Let’s Play Two!"
It's A Minor Thing
It's Still a Minor Thing
Behind the Walls

The American Football Association (AFA) is a non-profit corporation dedicated to the advancement and promotion of semi-pro/minor league football teams and leagues in the United States.

The AFA was founded in 1980 by Ronald J. Real under the name Minor Professional Football Association (MPFA). It's main function was to conduct an annual post-season championship tournament for teams calling themselves minor league.

In the first year, five leagues joined the national association and sent their league champions to play in the first national play-off series ever conducted on this level of football. With eight teams making the play-offs (five league champions and three wild cards) there was a great interest renewed in the term "Minor League Football".

Thinking his new national Association would develop along the lines of minor league baseball, ice hockey, and basketball, Real worked diligently to make people aware of the national association.

In January of 1981, Mr Real masterminded a plan to put the top 100 minor league football players (All-Star Team East vs West) together in one place. The purpose of this was to showcase these players' talents to the NFL scouts and coaches. Realizing it would be difficult to get the NFL to come to him, Real took his all-stars to the NFL. The national association held its first "All-Star" game in New Orleans the day before the NFL's Super Bowl XV in that same city.

From 1980 through 1985, Real sponsored the national play-offs almost single handily. Each year he hoped that the NFL executives would be impressed enough with his advancements to get involved with promoting Minor League Football. Shortly after the 1985 national championship game in Syracuse, New York, Real realized that the level of football he was dealing with was not on the same organizational level (financially) as the "minor league farm systems" for other sports. Basically, it lacked the support and involvement of its major league counterpart and the player's skills were truly not that of NFL potential. With his dream of developing a true minor league system for football shattered (because the NFL had very stringent rules against any affiliation or subsidization of minor league or semi-pro teams), Real decided to adjust his goals rather than admit defeat. "I was trying to force feed the words Minor League on a news media that just wouldn't buy the fact that there was a need for developing young football players for the pro's", said the AFA president. "College football is thought to be the only farm system that the NFL needs. Just wait until the new rules of Proposition 48 effects the eligibility of thousands of football players across the country. What's going to happen when these athletes can't even get into a college? That's when we'll see some action taken by professional teams to get a better look at some of the young minor league football talent." In 1986, the MPFA board of directors decided that if the national association was to succeed it would have to concern itself with providing services to the hundreds of semi-pro type teams around the country; as opposed to working only with the handful of teams that called themselves minor league. With that in mind, the board of directors changed the name of the national association from the Minor Professional Football Association to the American Football Association(AFA). This name change did several things; first it allowed the national association to work with all levels of non-professional football; secondly, it keeps the door open for the day when the major league football teams decide to support a "development league" (minor league farm system); and third, if associates itself with American rules football which is spreading through Europe at a rapid pace.

THE COFFIN CORNER: Vol. 13, No. 3 (1991)
AMERICAN FOOTBALL ASSOCIATION HALL OF FAME
Starting at the Bottom - Hundreds of Minor League Players Made it to the NFL - click here. 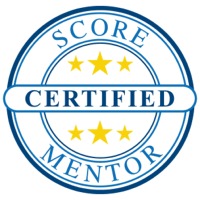 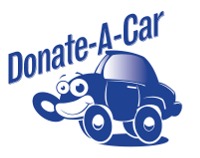 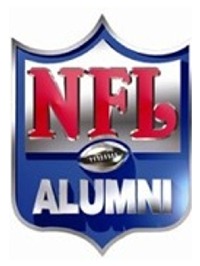